Seeds You Can Plant In January 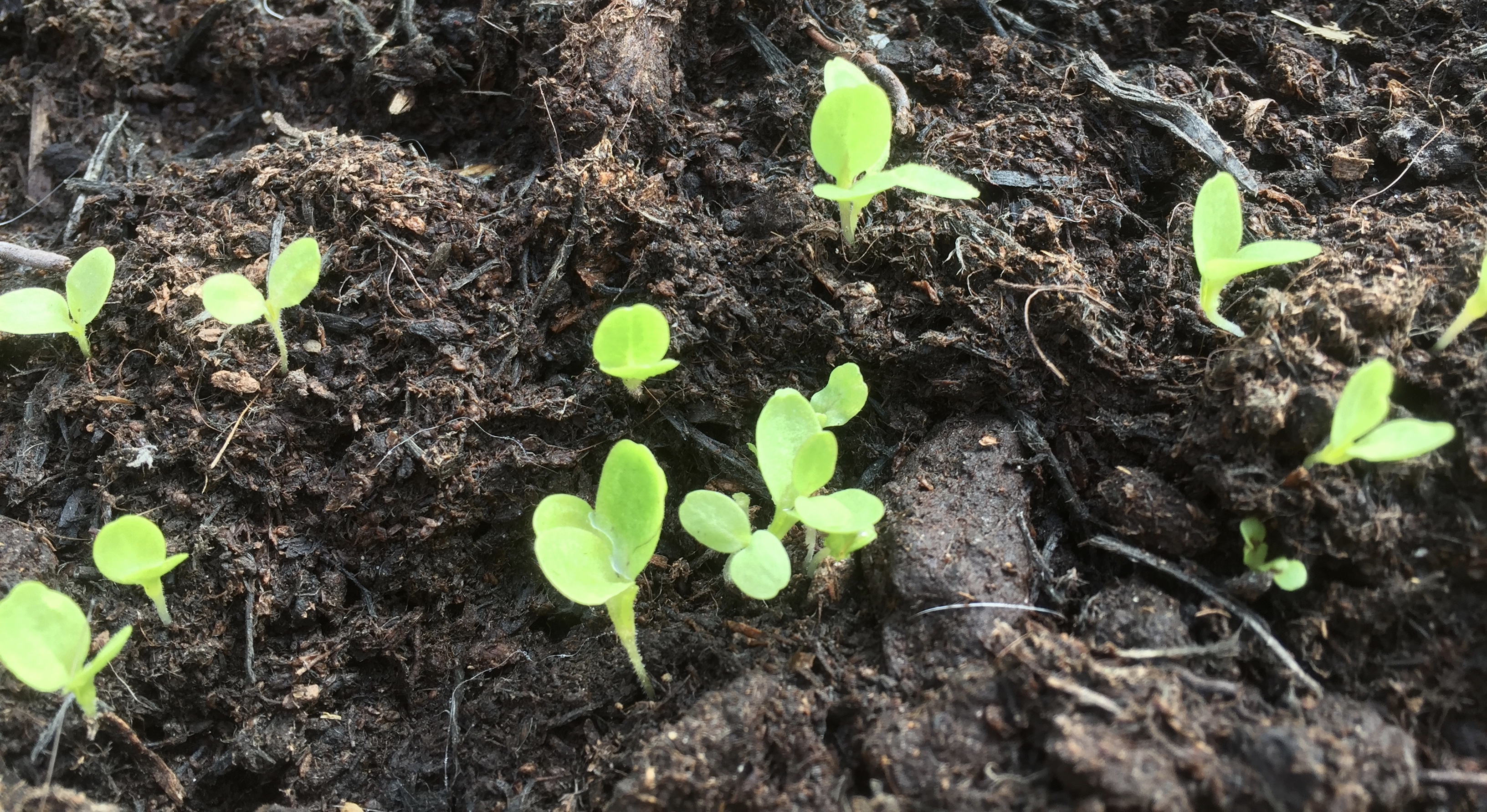 As many of my friends can attest, I have more than a passing obsession with all things gardening. For the last couple of weeks, seed catalogues galore have been plopping onto my doormat. Each morning, I sit with a cup of tea and I plan what I’m going to plant. I just can’t help myself. It’s only January and today, it’s actually freezing outside but believe it or not, there are seeds you can be planting now. Well, according to the seed catalogues there is and lets face it, who am I to argue.

So, here are some things that can be planted in January and that we will be starting off in the poly tunnel this week. Obviously, check the seed packets for specific instructions on planting for each variety but I have to say, I have found the “put-it-in-some-soil-and-water-it” method to be quite effective.

We planted aubergines for the first time last year and they were amazing. Quite slow to germinate and get going but very easy to grow and look after once they’re established so, we are growing them again this year. Last year, we grew Black Beauty and Patio Mix and we will definitely grow those again this year but I loved the idea of the Aubergine Mixed seeds and the Rosa Bianca from Mr Fothergill’s Seeds so much that I ordered some. Hopefully, they won’t take long to arrive and I can get them planted.

One thing to note, our aubergine plants last year were quite prolific and there is most definitely a limit to how many aubergines one person can eat. My mistake last year was planting too many. I sowed too many seeds expecting only half to germinate and was left with a glut of healthy plants that I couldn’t bear to get rid of. I planted all of them. We had aubergines coming out of our ears. I couldn’t even give them away. This year, I will plant maybe two of each variety into the ground and any seedlings that are left over, I will grow them on and sell them as plants. That’s the plan anyway, only time will tell if I manage to part with them. 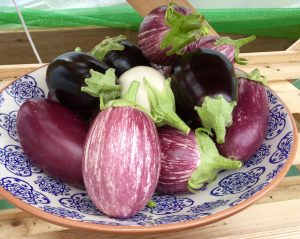 Some of the massive amounts of aubergines we managed to grow last year.

Our leeks last year were, quite frankly, pathetic, mostly because I was really late planting them out. It was ages before I even remembered that I had sowed the seeds and they were abandoned, in a tray of compost, on top of a water butt for months. Feeling rather guilty that I had forgotten about them, instead of throwing the weedy little things onto the compost heap, I planted them out. I don’t even know what variety they were. I think they were a free packet that came with a gardening magazine. We did get a tiny harvest and they tasted really good but they were pretty weedy little specimens. This year, however I have been much more organised and this week will be planting Winter Giant 2 from Unwins and either Blue Green Autumn Neptune or Lyon-Prizetaker from Suttons, I haven’t decided quite yet. 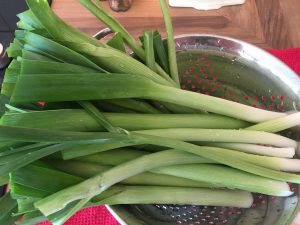 Last year, our brassicas were also a bit of a disaster. It’s our first proper season growing veg and let’s say, it’s been a steep learning curve. My husband built an amazing brassica cage to protect them and I excitedly covered it in green netting to keep out the pesky brassica-muching-critters. Turns out, the cabbage white butterflies in Cornwall are total ninjas. They managed to bypass the brassica net and lay a gazillion eggs.  The resulting caterpillars chomped their way through much of our crop and judging by the number of them on last year’s kale, they invited a few friends over as well!

Naturally, this year it will be war on the cabbage whites. The two things we learned last year are …… firstly, get the smallest mesh you can get for your brassica cage without it blocking out the sunlight and secondly, plant the veg quite a way in from the edge of the bed. If there is even the slightest bit of leaf poking through the mesh, the cabbage whites will find it and lay it’s eggs on it.

So, this week, I will be planting cabbages and cauliflowers. The cauliflower seeds are Igloo by Unwins and All the Year Round by Suttons and the cabbages are Golden Acre Primo by Suttons and Greyhound also by Suttons. That’s not to say that that’s all the cauliflowers and cabbages that we will be growing this year but these are the ones that can be planted in January. Oh, and we will be getting some much, much finer netting for the brassica cage before we plant out the seedlings! 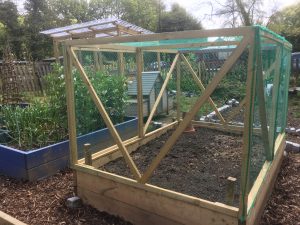 Our awesome, if not butterfly-proof, brassica cage.

Other seeds that you can plant this month are:

There are probably many other varieties that can be planted this early but these are just some that I have found this week, basically because I was getting so desperate to plant something.

Will you be planting any seeds this week?

If you are, we’d love to hear which ones.

Filed Under: Blog
Getting the Poly Tunnel Ready for Planting.
Let’s Talk About Ducks.